A simple arcade game, where you have to test your skills with F1 cars. The graphics and the engine is quite similar to Lotus. It was released on Atari ST too. 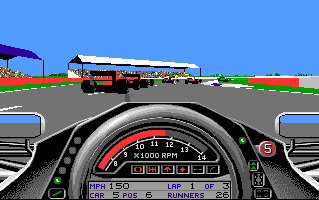