The first episode of the Ishar trilogy. A well equipped role playing game, with nice graphics. Apparently there are 20,000 locations and 160,000 views. It's not an easy game to play, orientation is sometimes difficult. 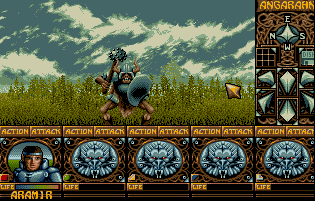